The Adventures of Doug Ball...


Apparently Doug Ball took my guidance to do what ever you want to do with your single frame to a new level: he took it hunting. 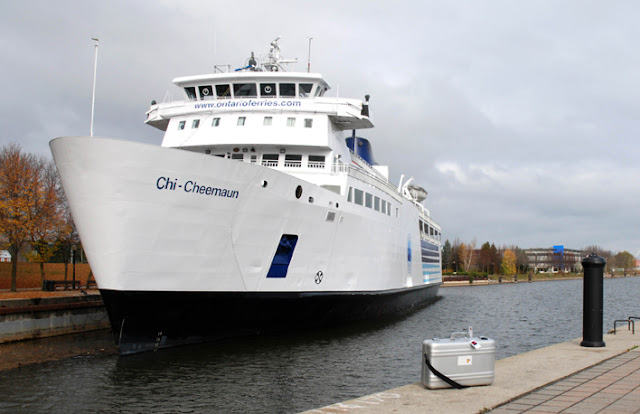 The 36Frames case seen at the Owen Sound Harbour where the Chi-Cheemaun ferries people and cars between Tobermory and Manitoulin Island during the summer. 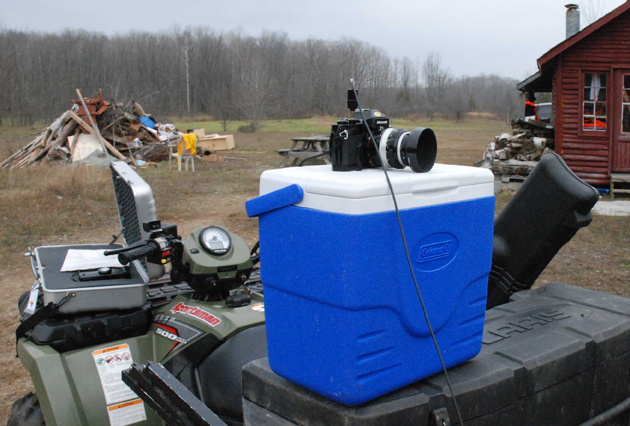 As every experienced photojournalist knows...if you don't have a tri-pod with you...use a beer cooler. 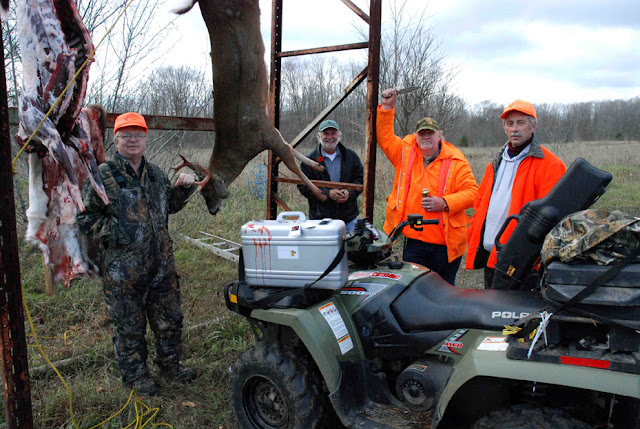 Besides being a respected photojournalist, Doug has been a member of the Couch Cowboys Hunt Camp for 41 years. It seems he used my camera case to lure this 8-point buck into a trap....he won't tell me if the blood on the case is real...
Posted by PETER MARTIN at 12:26 PM 0 comments

3 Legends In A Row 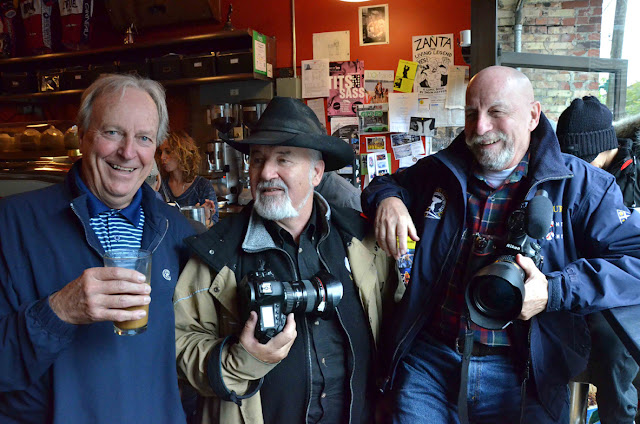 From left to right: Doug Ball, Norm Betts and Peter Bregg talk serious photography at Jet Fuel in Toronto. Norm was there to hand the camera and case to Doug Ball and a beer got in the way (or is that a coffee?).

After 11 months, we're almost half way finished.
The latest group of inductee's are:

Peter Bregg - Frame #12
- Served as Chief Photographer at McLeans for 17 years
- Formerly a Photographer/Editor with CP and AP in London, New York and  Washington DC
- Was official Photographer for Prime Minister Brian Mulroney


Hans Deryk - Frame #14
- Over 25 years working on staff at AP, CP and 7 major Canadian dailies including as Chief Photographer at the Toronto Star
- Has covered all the major sporting events of the world including 8 Olympics
- Currently Senior Picture Editor at Reuters in Toronto
- Former United Press Canada photographer

- Originally from Amsterdam he began his long career at the  Toronto Telegram in 1962 where he    became Chief Photographer
- Moved to the Toronto Star in 1971
- A member of Photosensitive, a non-profit collective of Toronto Photographers that explore how photography can contribute to social justice
Posted by PETER MARTIN at 11:35 AM 0 comments

PETER MARTIN
"If I could say it in words...there would be no reason to paint." - EDWARD HOPPER