Life has been good to Jac Mazereeuw, who has gone by Holland since he immigrated to Canada. "I never actually changed my last name. When I first immigrated to Canada, I started my own business in Deep River. Mazereeuw was too difficult for native-born Canadians to remember so in honour of my birth country, I used "Holland" professionally.

Jac Holland, one of three original Toronto SUN photographers, along with 36Frames participants David Cooper and Norm Betts, recalls having so much fun they never took a day off until forced to do so.

The fun and passion for his assignment work near and far kept Jac glued to the tabloid from 1971 to the mid-80's. Ironically, one of the biggest benefits of working for the Toronto SUN, a two-month sabbatical after 10 years employment, turned his thoughts elsewhere. "I was spoiled after that", Jac recalls. "I realized there was more to life than work." In 1986 he left the SUN to teach and travel the world.

"I finally retired when I had to convert to digital"... 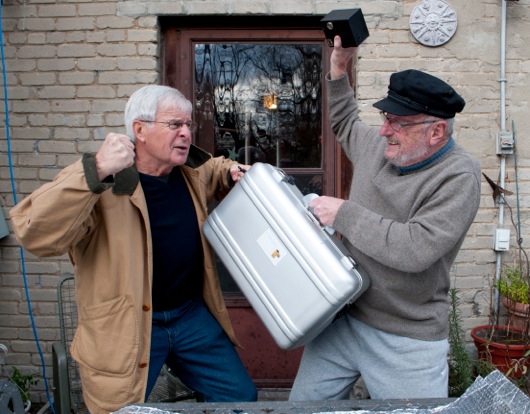 Two Dutchmen fighting over the camera case with Dick Loek (left) and Jac Holland (right). "Jac wanted to expose all the frames to make sure he got one in focus" 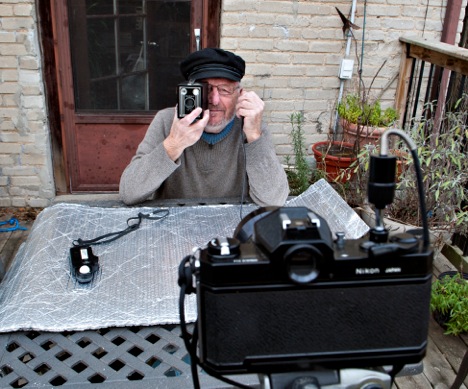 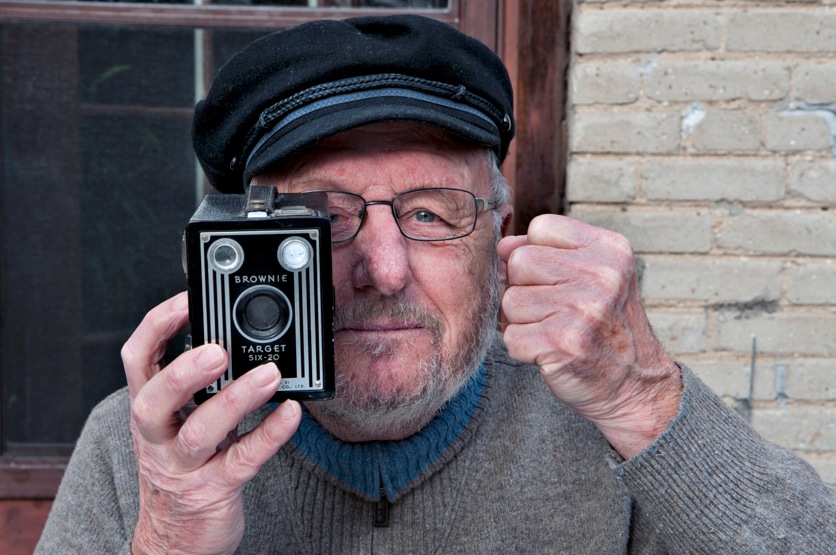 "I finally retired when I had to convert to digital"...

Posted by PETER MARTIN at 3:46 AM 0 comments

Spent some time on the beach in Toronto. The "Banana Belt" is still snow-less but chilly. The Martin Goodman trail in the East End is one of my favourite area's in the city. I spent a lot of time, while working for the Star, jogging along the boardwalk during the early morning watching the season's change. Yesterday morning was overcast with sunny intervals so I thought it would be appropriate to take my portrait with the "Leuty Life Station" in the background.

The weather window was changing so I had to work fast to catch a bit of sun. Dave Ellis, former City Editor at the Star and my cycling buddy, offered to be a stand in. My bike was on stand-by but because of time shortage I ended up just holding my helmet with the mounted GO-PRO. My shirt is from "The Ride To Conquer Cancer", another event close to my heart.

Getting back home you get these terrible thoughts: did I change the exposure when the sun broke through, did I even focus? It's like when you sit in the plane to a far away country and wonder if you locked the front door and turned the stove off. Never realized how critical things get when you only have one frame. I hope I did all those things when I finally sqeezed the bubble. Hope it all worked out.

All the best, Dick